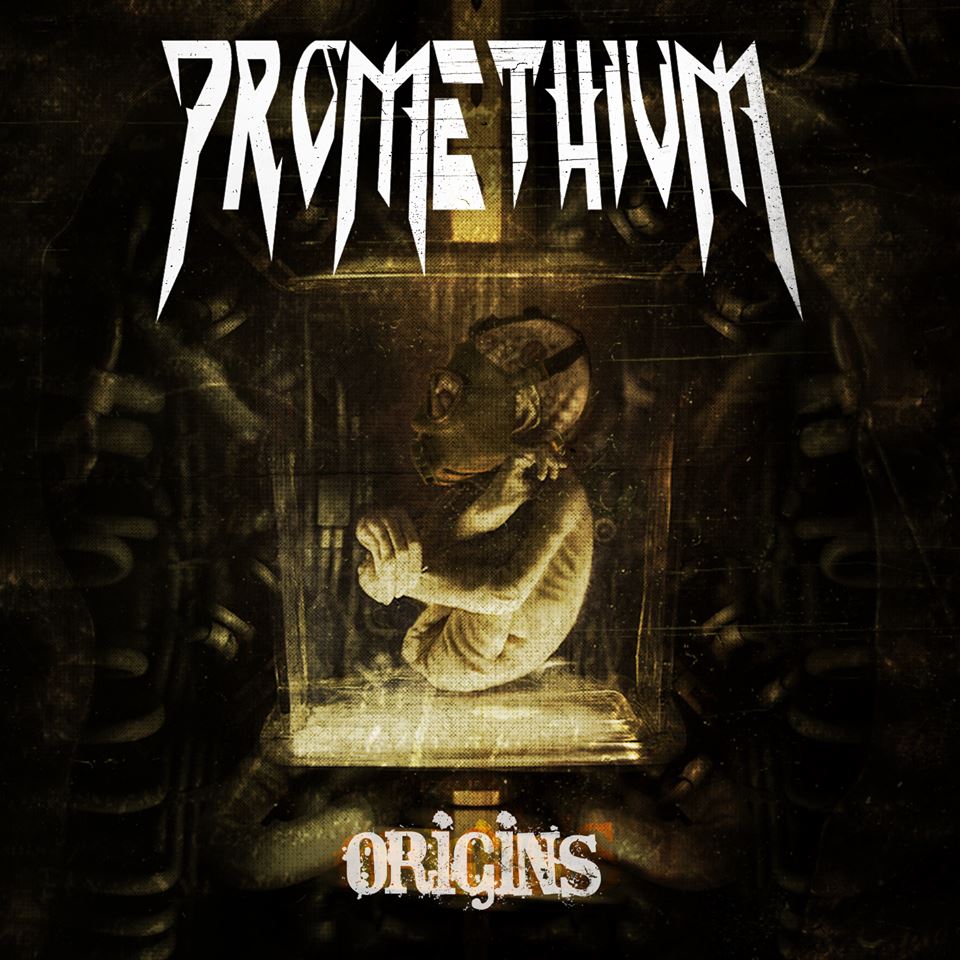 Fans of Lancaster based hard rockers Promethium, myself included, have had to wait nearly 2 years for a second album. Well, the wait is nearly over, as October 7th will see the release of the eagerly anticipated Origins.
After the success of their first album, Welcome to The Institution, one of my favourite independent albums, vocalist Gaz and the boys have gone back to their roots, their 'origins' if you like. The result is 10 tracks of hard hitting, smash mouth rock, with more than just a splash of metal. An album that musically sounds very different to WtTI, but still has that unmistakable Promethium sound, thanks largely to Gaz emotive vocal style. He once again manages to convey the sentiment in every song through his vocals.
The album kicks off with the cracking Won't Break Me, with a great riff and drum intro. It then breaks into frantic vocal that straight away shows the power in Gaz's voice. The driving drums and bass almost force you to nod your head in time to the song. We are also treated to a great solo from Dan, before the track is over almost as abruptly as it began.
Now if you follow the band on Twitter or Facebook, you will have seen the link to the teaser track, Gunslinger, well, this is track 2 on the album, and the relentlessness continues. Although a slower pace, the power of Gunslinger is still there in spades. The Art of Hurting and Counterfeit bring the noise in equal measure, both featuring a pounding drum and bassline, a more growling, snarling vocal from Gaz, and more great riffs and guitar work from Dan and Rossi. the next track, Rain, shows another side to Promethium, and proves that they don't always have to smack you round the face to produce kickass music. Although, to describe it as a ballad would be doing it a disservice. It's one of the stand out tracks on the album, the verses show a much smoother side to Gaz's vocals, but when the chorus kicks in, we're soon reminded that Promethium are firmly fixed in the metal bracket. The guitar work and solo again, are outstanding.
Normal service resumes with The Hunted, an out and out metal track with crashing drums, driving guitars and growling chorus. Plagued by Evil and Revolver carry on in the same vein, and Believer, with its dark religious undertones, is sure to be a crowd favourite at live events. The final track on the album is the title track, Origins. This is a complete break from the rest of the album, it's an amazing acoustic track, that you almost expect at some point to break into more metal awesomeness, but it is simply a great, sedate close to an incredible album.
What Promethium have done with Origins is nothing short of amazing. They've taken all the elements of Welcome.... and grown all of them into a giant metal monster of an album. There's simply no fillers, every one of the 10 tracks is superbly written, mixing and producing is top notch and the end result is awesome.

If you're a fan of metal, you need this album, when it's released on October 7th.


Visions is taken from Promethium's first album, Welcome to The Institution.