The Gifted - Inside Out - Album Review 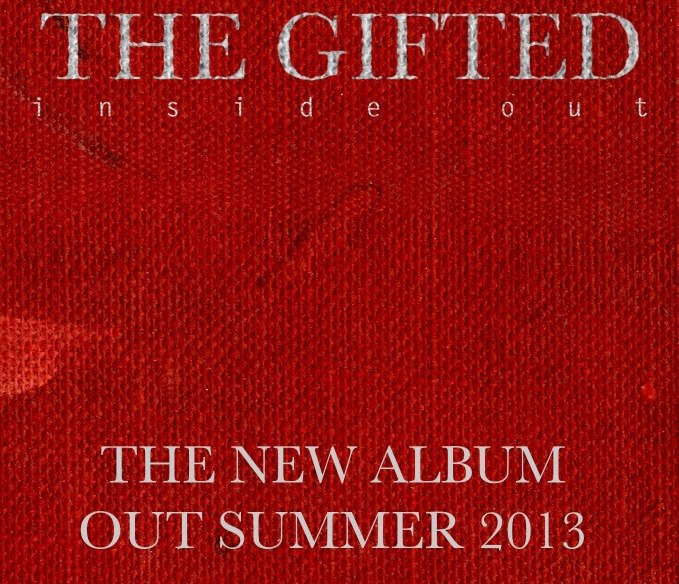 6 months ago, I did a Q&A with The Gifted bassist Izzy, and I commented on their music being classed as 'Marmite' music. Well, after having my already sceptical mind changed with their previous album 'Forgive Me', I decided to review the Sheffield based band's new album 'Inside Out'. I say my mind was changed, this is because, when I listened to 'Forgive Me', I mistakenly had the mindset that I wasn't going to like it, but it's the label 'industrial' that I suppose was putting me off. However, if you've not listened to The Gifted before, check out 'Forgive Me' until 'Inside Out' is released in early July.

With 'Inside Out' what you have is a meticulously crafted, brilliantly produced, piece of work. 'Why (Make Me Feel This Way) ? kicks things off, with an almost military march intro, but then breaks into a driving, synth lead, beast of an opening track. Which is the theme for the whole record. Each track is testament to the programming/production skills of Andy Clarke, who also provides the vocals, guitars, and drums for the band. Whilst he is ably supported by Gennie Dyson on the synths and as mentioned, Izzy on bass. Not each track is a head mashing thunderstorm of drums, guitars, and electronica however. The final track 'Home', is a complete breakaway, starting out with just a drumtrack, piano, and guitar. It has a kind of Ultravox feel to it. This does give way to a more fuzzed guitar, feedback supported track but steel changes the entire feel of the album. Title track 'Inside Out' is about as head mashing as the album gets, with distorted vocals, guitars, and a driving drum track.

If you mix elements of Marilyn Manson, Placebo, a bit of Sisters of Mercy, and chuck in the odd bit of early Bowie, that'll give you some idea of what to expect from these guys. But above all else, don't do what I nearly did and not listen because you don't think you'll like it. Give them a listen, because they may just surprise you!!

It's an awesome album, brilliantly engineered, well produced, and a great listen.


Full track list for 'Inside Out'
1 Why (Make Me Feel This Way) ?
2 Artificial Happiness
3 Smile
4 Break
5 Rainbows in The Night Sky
6 Everything is Relative
7 Inside Out
8 Home