Ones to Watch - Brothers of Caedmon 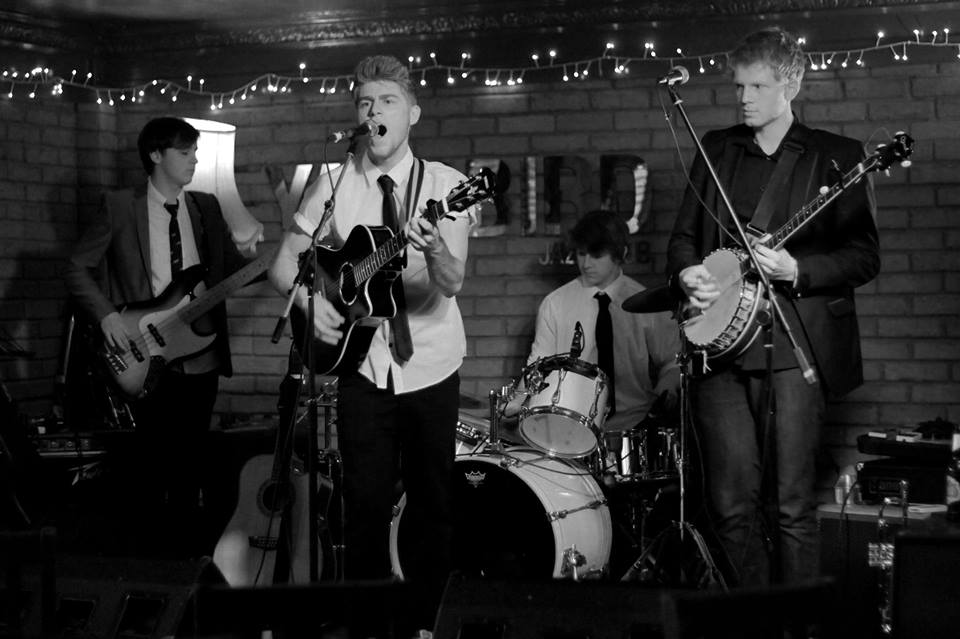 You never know what to expect, when you're looking for a band for a gig, and someone recommends a band that you've never heard of. Well this was the case with Brothers of Caedmon from Redditch, when they played at The Roadhouse in Birmingham for me last Tuesday. They were recommended to me by Kathryn Marsh, who herself has made a couple of appearances for me in a couple of her own great bands. So, thinkning I had nothing to lose, I got in contact with lead singer Conor, and set things up, the guys were gonna kick the night off for me, sorted!! In the meantime, I watched a couple of videos on youtube and was impressed with their sound, a smooth sounding folk/rock vibe, and looked forward to seeing them at the gig.

I was gonna originally do this as a review of their EP, but that will come another time. For now, I just had to say how bloody good these guys are!! I kid you not when I say that listening to these guys in no way prepares you for how pheomenal they are live!! I, and to be honest I think mmost of the other bands, was totally blown away by how amazing they sounded. Conor's live vocal is stunning, with a great tonal range, and despite a couple of slip ups with lyrics, (which can always be forgiven), he and the band played a fantastic set. From their original songs, including the single 'Dragon and A White Nurse' and 'This Town, to stunning covers of Coldplay's 'Fix You' and of all things David Guetta's 'Titaniium', both songs given their own unique spin by the folk rockers. Each song was greeted by cheers from a more than appreciative crowd. I really mean it when I say the version of 'Fix You' is amazing!!

The crisp sound of the banjo, and the smooth tones of the trumpet used on certain tracks is what makes Brothers sound so different, and that was what immediately strikes you. Whether the music is to your taste or not, there is no denying these guys have bundles of talent, and I cannot recommend enough that if you get a chance to see Conor, Chris, Jacob, and Steve live, then do it!! There will definately be more opportunities to catch them at BritRockArmy events in the future!!