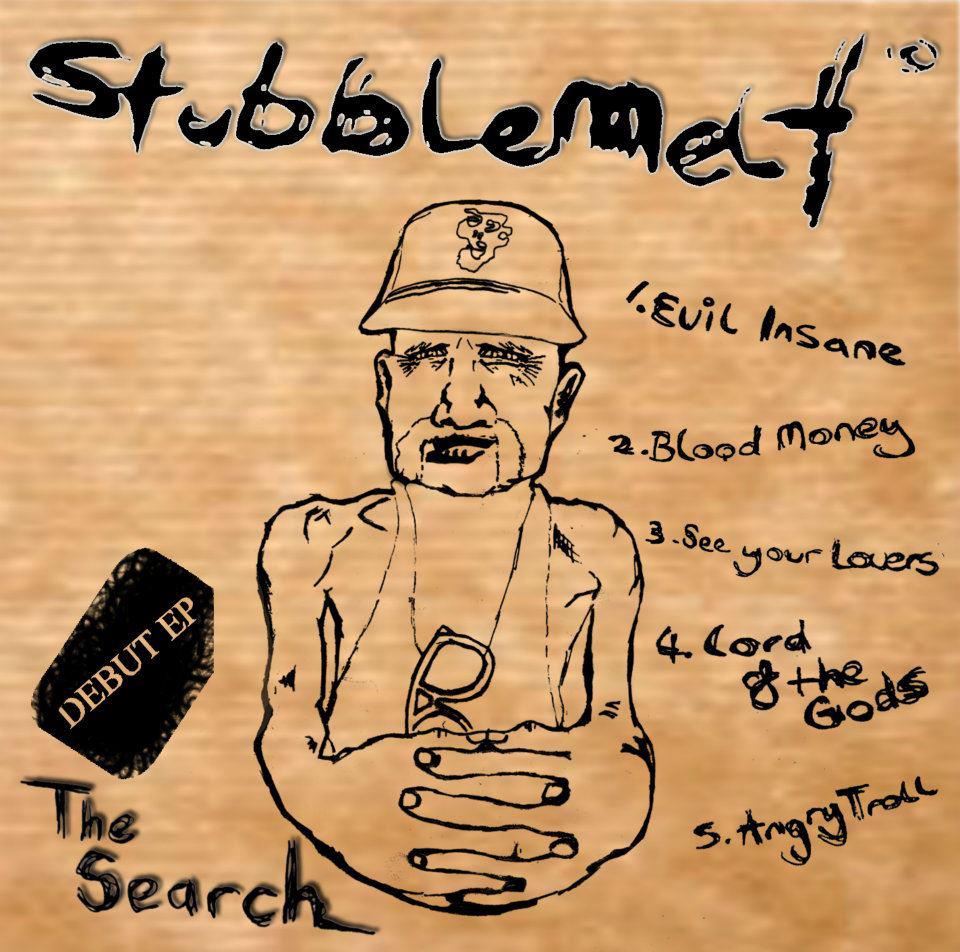 I first downloaded this EP, sometime last year, and it's the kind of record you always go back to. I first heard Stubblemelt live last November, when they headlined my first gig at Scruffy Murphys, and they blew me away with the quality of their live package, great stage pressence, they obviously get on away from the stage, because you can just see it when they play.

Their debut EP 'The Search' has received some rave reviews, they've had plentiful airplay on BBC Introducing, and to cap it all, they've supported, the soon to defunct, JLS at Stoke City FC's Britannia Stadium. playing to 3000 fans.

'The Search' is composed of 5 awesome pop/rock tracks,  all of which are deserving of single release. It's impossible to pick out a standout track, as they are all great, great songs. Having  said that 'See Your Lovers' is my fave track on the EP, lol. We kick things off, with 'Evil Insane', a stormer of an opener, which draws the listener in with it's gentle harmonious start, but you then realise there's something coming, and all of a sudden you're attacked by an assault of guitars, bass, and pounding drums. The riff soon gives way to Kyle Perry's soft opening vocal, but as with the songs intro, the vocal soon builds to a powerhouse performance. 'Blood Money' is a similarly produced track, although it starts off sounding far more as though it will stay a ballad, although what you actually get is a guitar driven far heavier chorus than you expect, it's another great track though, and another great example of the bands stand out quality. Next is my personal favourite, and a real crowd pleaser at live events. The reason for it's popularity is simple, in my opinion. It's an out and anthem!! Once you listen to it, you can imagine an arena full of people singing along at the top of their lungs (I know I was last Tuesday, lol). It's just an amazing track, but you can judge for yourself from the video below.
The second half of 'The Search', has a different feel to the first 3 tracks. I don't want to say there's a 'darker' feel, because thats not the right word, but 'Lord of Gods' and 'Angry Troll' certainly have an edgier feel to them. It's probably because neither track has the slower almost ballad style elements to them, they are heavier, with more guitar riffs and solo's, and heavier drums throughout. 'Angry Troll' also has the added element of rapping, from bassist Tom Marshall. It's another string to the Stubblemelt bow, showing versatility, and a willingness to incorporate different style into their music.

'The Search' is a polished, very well produced debut from another fantastic Birmingham band and if the early indications are anything to go by, when the long awaited full album comes out, (currently pencilled in for a 2014 release), that will push them further into the public eye!! Check out new tracks 'Lifetime' on iTunes and a sampler of 'Journeyman' on Soundcloud.

Also check out the Lichfield Rocks Festival on Facebook here. A fantastic fun filled all day event being organised by the Stubblemelt lads. Full of great bands, acoustic acts and fun for everyone! All raising money for St Giles Hospice.