Return of the Q&A - Eddie Brandoff/Razonator 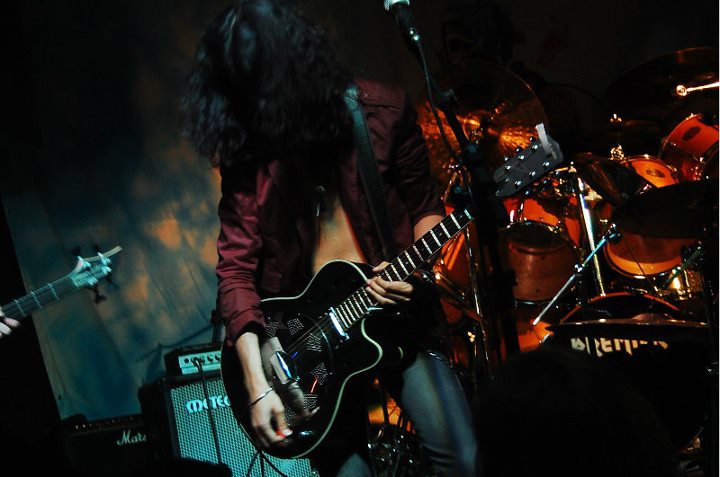 Eddie Brandoff is no stranger to this business we call music. He's been playing guitar and performing since the age of 13. In his previous musical storybook, he's played in front of 50,000 people and opened for the mighty ZZ top. He formed Razonator in 2011, and released their first single 'Broken Bones' in September of that year. After just over a year, and changes to the line up, Razonator are back with  a cool new track 'Prayer of Road', which I will also be reviewing very soon. Here though, Eddie answers some questions for BritRockArmy, his fans, and the universe!!

What musical genre would you say you fit best into?
I like to call it "Southern Metal" because it's a mix of Southern Rock and Heavy Metal, theres a lot of Delta Blues stuff too in my sound but i think the blues is already in to the southern rock anyway.

How did you get together as a band?
I started the band and called friends of mine musicians who i knew had the same musical influences and tastes that i do.

If you could collaborate with anyone past or present, who would it be?
Lynyrd Skynyrd.

Would you rather play arena gigs or small intimate gigs?
I already did and still do both but honestly i prefer small places.

If you could play any venue in the world, where would it be?
Royal Albert Hall in London.

Where do you see the band in 5 years?
Somewhere in Europe or US doing lots of gigs.

Signed or independent?
Signed, i hope.

What's been your favourite gig you've played, and why?
I think it was the Opening Acts for ZZ Top, well, because its ZZ Top, u know?

If you could cover any song what would it be and why?
Vooddo Child by Jimi Hendrix, because he was a genius.

What song would you like to be played at your funeral?
Free Bird by Lynyrd Skynyrd.
What song would you have as your first dance at your wedding?
Love Struck Baby by Stevie Ray Vaughan.
A massive thanks to Eddie for taking time out of his busy schedule to answer the questions, and also a massive thanks to Pat Phillips-Hague for setting up the Q&A and also the review.