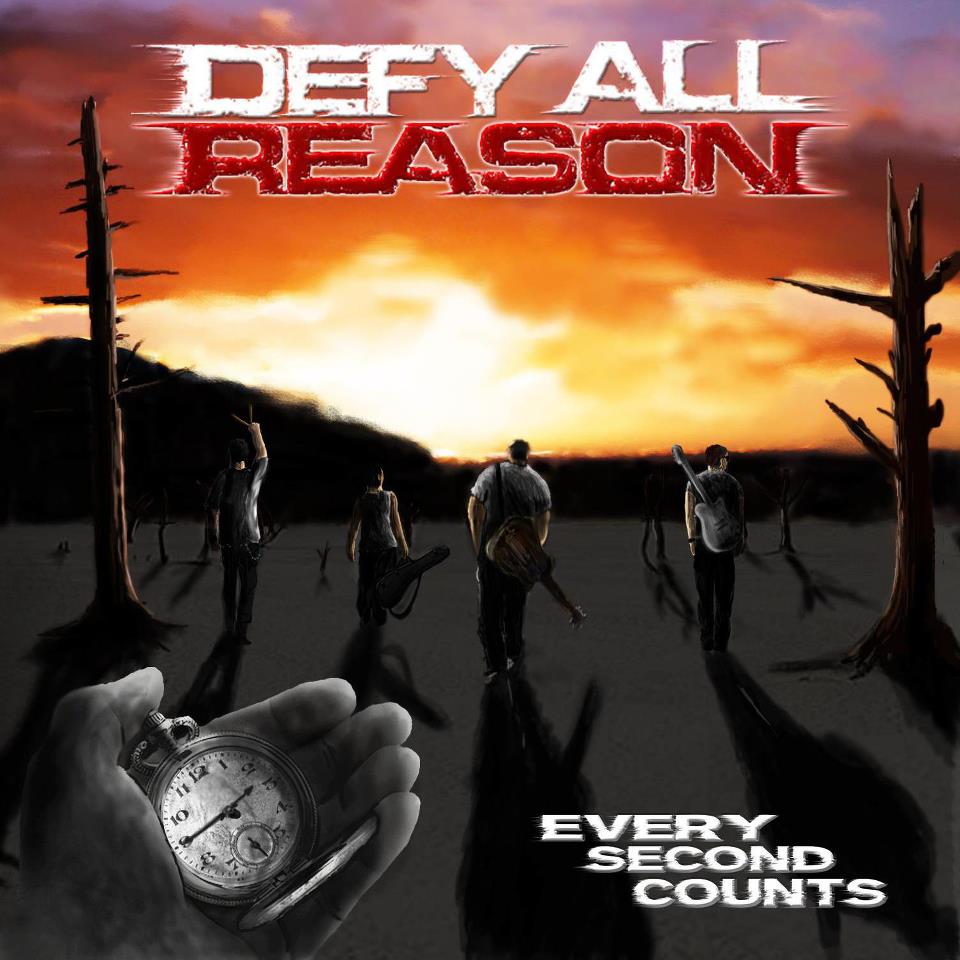 I love reviewing a good EP! And this offering from Welsh rockers, Defy All Reason, more than capably covers that bracket. The Wrexham boys played for BritRockArmy at the beginning of 2013, and they went down a storm!! These fab guys from Wales are the kind of band that will travel literally anywhere just to get on a stage and play to a bunch of music lovers. They draw there influences from the likes of Black Stone Cherry, Nickelback and Shinedown to name a few, and you can certainly hear these influences and more throughout their newly released debut EP. Here are my thoughts :)

The EP kicks of with the insanely catchy 'Shake It'. A great riff to start, with a fab, gritty vocal from Gav Jones. Pounding drums, great guitar, with some glimpses of great solo's, it's an awesome way to start an EP. 'Behind Those Eyes', is a complete change of pace, and mood. It's a beautifully crafted ballad, A La Bon Jovi, etc. Gav once again shows a raw, gritty quality to the vocal, but also the underlying power of his voice. The track is also home to an amazing guitar solo, and a short but great power surge towards the end, it's a great continuation, and leads brilliantly into the 3rd track, another brillaint power ballad! 'Coming Home' has hints of both the power ballads of Bon Jovi and a hint of G'NR (November Rain). Again, it's a great showcase for the tonal range, and power of Gav's voice, quite possibly the pick of the 4 tracks on the EP, with a really nice string arrangement running in the background.


The power and edge returns with the final offering, 'Blame it on The Luck and Rock N Roll'. Some dirty riffs, great solo work from the guitars, and another powerhouse vocal from Mr Jones, bring this brilliant EP to an unfortuantely to early close.

There's a couple of things I'm looking forward to, now I've had the chance to listen to 'Every second Counts'. Firstly, getting these guys back on a stage in Birmingham with BritRockArmy, and, secondly, I'm really looking forward to what the future holds for these great guys from Wrexham.