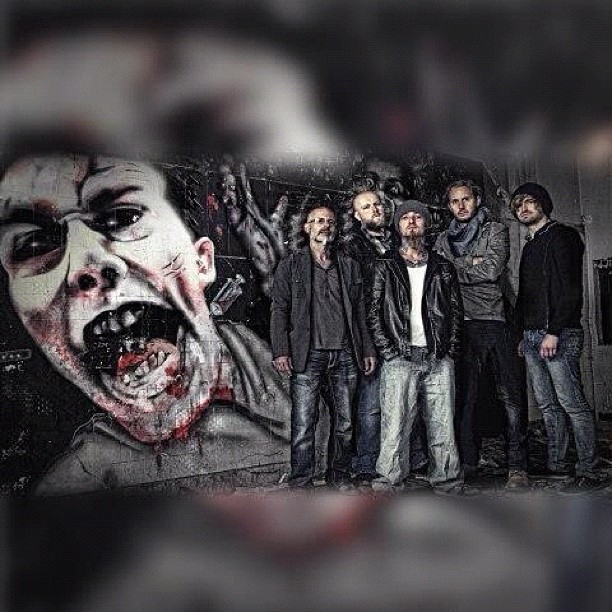 There can be no denying the fact that the UK has some amazing unsigned/independent rock bands floating around and Resin, from Leicester, are no exception to this! They're a class act, professional in every way, when they play live, they are awesome! I had the privelege of having them play one if my events at the beginning of the year, and was left speechless by the quality of their performance. They performed a lot of material from their debut album Embrace The Fall that night and oh my god what a debut it is!!

It's 9 tracks, (including an acoustic version of Clouds), of moody, emotional, grunge based rock with some awesome guitar work, some amazing riffs and solos, and an amazing vocal performance throughout from front man James Botha. There's a real Pearl Jam/Nirvana vibe to the album, never more so than in Clouds. From the opening of first track Entropy, the listener is drawn in, it starts out as a mellow guitar intro, but as soon as the drums and vocals kick in, it is transformed into a powerful grunge fuelled monster of a track. There is not one track that isn't worthy of being released as a single, an acoustic version of Fallen features on the BritRockArmy/Freaky Pug Records collaboration 'The Uprising', Beskadig (which translates from Afrikaans to Damaged), is an awesome, powerful track, and is sung in Afrikaans throughout, but the sense of emotion is still very evident. Stand out track for me is Poison. There's just something about it! Again, it starts out similar to Entropy in so much as it begins as a much softer, mellow track, but when the chorus kicks in, it's an all out rockfest!!

You can listen to previews of the tracks at the bands website, www.resinband.com. The album is also available on CD from the same place. You can download the album from all the usual electronic music vendors :)