Our guest writer has also written a review of Den Haag's EP 'Trials and Tributes. Read it below 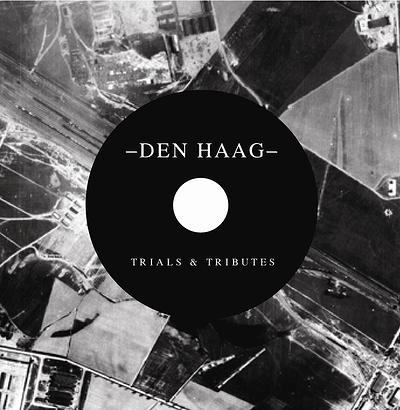 South East UK four piece Den Haag originally released their debut EP as a free MP3 download with Zorch Factory Records last year. The feedback from the release however was so strong that January 3rd 2013 saw a full digital release for 'Trials & Tributes'.

Turning in at 6 tracks, the EP is a good introduction to the sound of the band, minor chords built around chunky basslines and strong guitar riffs. It's all driven by drum parts which vary well, giving each song its own identity. There is a definite 'garage band' flavour to this release, a band working at the grassroots.

The strongest songs are the third and sixth, titled 'Pilgrim' & 'Hustle' respectively. 'Pilgrim' features one of those aforementioned drum rhythms that sets the feel well, while the vocal is at its strongest. 'Hustle' meanwhile is a speedy closer, high energy and with the strongest lyrics of the release.

The DIY sound of this release gives an excellent ‘rough & ready’ flavour to this debut EP. Rock and Post-Punk fans will find something here to enjoy – and a new band to follow on their way up.