The following has been submitted by a guest writer. It's a press release for UK punk/new wave band Den Haag.

You can view the writers podcast here http://labelledindependent.podbean.com/ 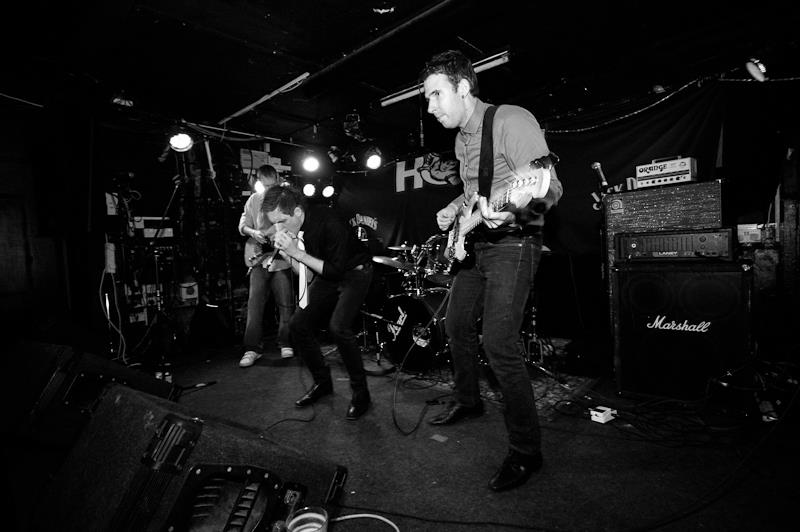 Introducing... Den Haag – debut EP out now (January 3rd)!
Post Punk/New Wave 4 piece release 'Trials & Tributes' in early 2013
Formed in early 2012, Den Haag are looking to top off a strong 12 months with the full digital release of their debut mini album 'Trials And Tributes'. Ranging from the more contemplative 'Hope And Fade' to the full on 'Tensions', the full release available as of now.

Inspired by post-punk-new-wave icons such as Joy Division, Depeche Mode and The Cure, Den Haag are also a band with something new to say. Named after The Hague international criminal court - hence the album name 'Trials and Tributes' - they are looking to create music sprung from the grass roots of their chosen genre, stripping it down to make their recordings sound as raw and live as possible.

By eschewing the usual production techniques, Den Haag have created a rough around the edges sound that genuinely draws the listener in. Standing at six tracks, the EP showcases a true sense of identity which not only makes for a strong first release, but bodes well for the future.