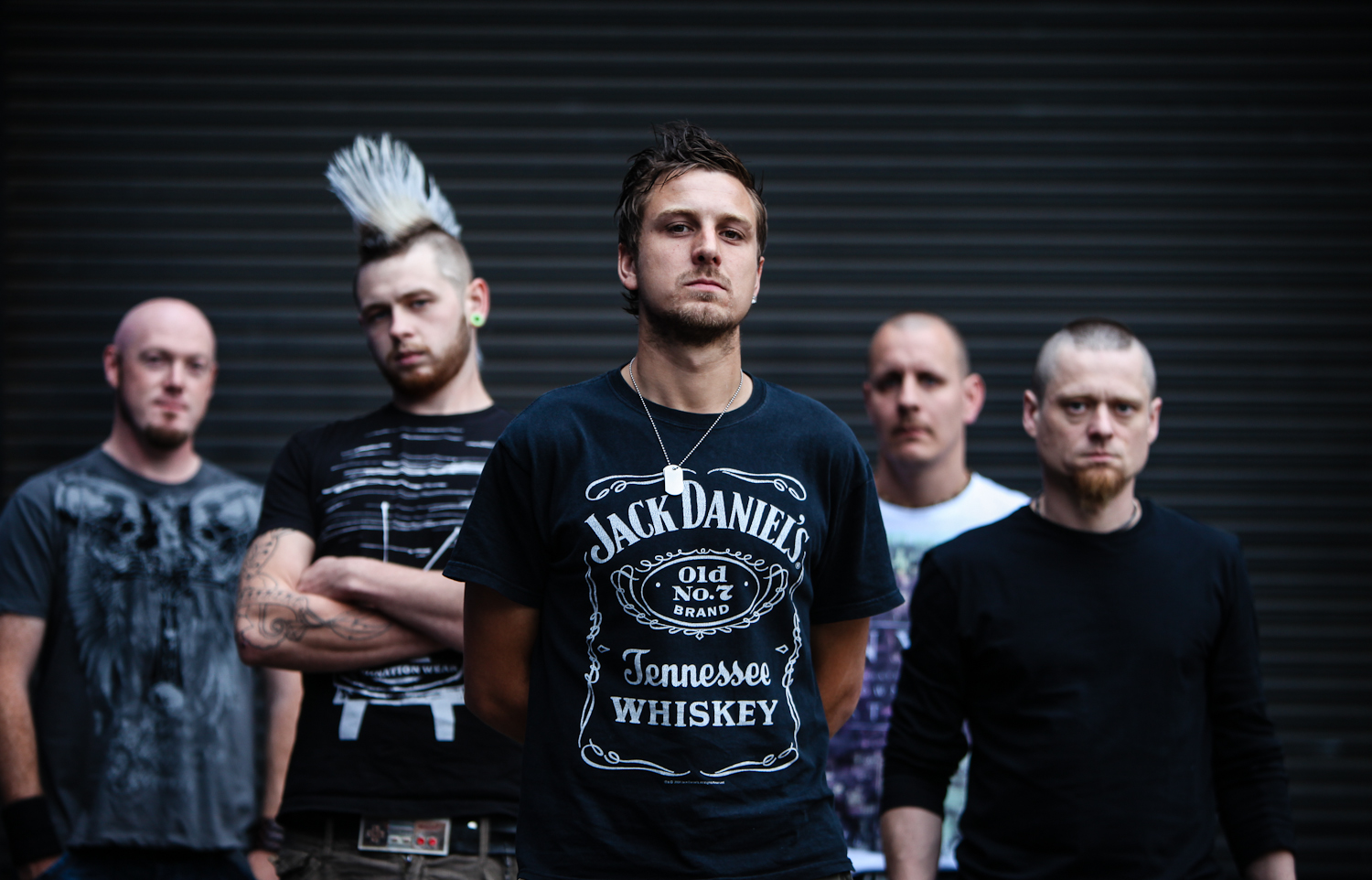 Sheffield rockers Abandoned Faith, have until now sneaked past many ears, keeping below the radar. Well that is no more. They can hide no more. Founded in 2011, they have focused solely on writing and releasing original material. This is what makes it hard to compare them to anyone else. Sure you can here snippets of the likes of Metallica, Foo Fighters, Nirvana, etc, but the AF sound is like no one else's. Their track Defamation is a great intro to their style, with cracking guitars, including a wicked solo. Reform is much of the same, with throw backs, intrumentally to early Metallica, but vocally more like Linkin Park. I know this is said a lot about unsigned bands, but these guys really are gonna be ones for the future.

Here we find out a bit more about the guys, in our BritRockArmy Q&A

1 Please introduce us to the members of the band.
Jay: Hey, I’m Jay I am the vocalist in the band
Rich: Hey, I’m Rich I play Lead Guitar
Steve: I’m Steve, I play guitar
Roman: I’m Roman, I Play bass
Aaron: I’m Aaron, I play drums

2 What musical genre would you say you fit into best?
All:  Heavy rock

4 How did you get together as a band?
Steve: I placed an advert on the internet looking for a guitarist to start a new band and Rich responded, we met up and hit it off.  We just seemed to musically complement each other well.  Jay was introduced to us by our original drummer.  Roman and Aaron were brought in a bit later when it became apparent that they were available.  I knew them both from a band that they had both played in previously.  The rest as they say…

5 If you could collaborate with anyone, past or present, who would it be?
Jay: Myles Kennedy
Rich: Robert Plant
Steve: Jim Morrison
Roman: Metallica
Aaron: Jesse Leach, Adam Dutkiewicz

6 Would you rather play arena gigs, or smaller intimate gigs?
All:  Smaller venues, they just seem more intimate and the atmosphere can be electric.  Not that we have had any experience of playing arenas!

7 If you could play any venue in the World, where would it be?
Jay:  Rock in Rio
Rich: Whisky A Go Go
Steve: Glastonbury or Download
Roman: I don’t know
Aaron: Red Rocks

8 Where do you see the band in 5 years’ time?
Jay: I’d like to be playing in America
Rich: Loads of songs, a couple of albums a good following.
Steve: I’d love to have a couple of albums out and be playing bigger gigs all over the UK and maybe Europe and the US
Roman:  It’s too big to see ;)
Aaron: Eating ready meals!

9 Signed or independent
All: Signed

10 What's been favourite gig you've played, and why?
All:  We all agreed that our gig at Corporation, with one of our favourite local bands Doused, was the best gig due to the atmosphere and audience interaction.  However, we have since played a gig at the O2 Academy in Sheffield supporting Benny Marchant that was just off the scale.  Our fans, ‘The Faithful’, went proper nuts and blew the roof off the place.  Following the gig we have been offered a slot on a music industry showcase event in London so all in all that has to be the best gig by far.

11 What has been your worst gig experience?
All:  We won’t name venues but we had a proper rough night in Leeds where we played to the two people that we had taken with us and the sound engineer.  Still, nice sound system for what was effectively a rehearsal.

12 If you could cover any song, what would it be and why?
All:  We don’t do covers; we tried one once and we just couldn’t get emotionally involved with the song.  It’s just not the same as playing your own stuff which is personal to you.  We all contribute our ideas to every song we write so all feel some form of attachment to our music.

13 What song would you like played at your funeral?
Jay: Bob the Builder or our own track Buried.
Rich: Ramble on by Led Zep
Steve: In Loving Memory – Alter Bridge
Roman: I don’t want music at my funeral
Aaron: Element of One by Killswitch

14 What song would you/did you have as your first dance at your wedding?
Jay: Affirmation – Savage Garden
Rich:  We didn’t have a first dance; we went for a fry up instead 
Steve: With Arms Wide Open – Creed
Roman: Some pop shit stuff