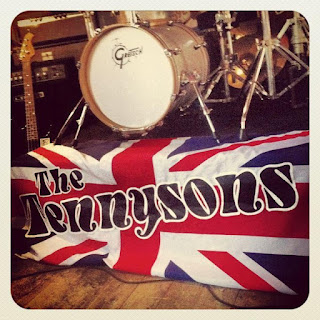 I'm being asked to check out an increasing number of bands, and a lot of them I've not had the pleasure, (or on the, thankfully, odd occasion), misfortune of listening to. Now obviously, thats the case with a lot of unsigned talent, is that not enough people are getting the chance to hear there music. With these 3 lads from Leicester you can't help but hear them. Each track is in a shouting match with the last, to see which one comes out on top. If these songs were fans at a gig, they'd be the ones right at the front, getting in the bands faces, moshing, stage diving, and crowd surfing! Each one is a raucous affair of thumping drums from Ben Wolly, steady bass lines from Max Stafford, and catchy guitar riffs and John Lydon-esque vocals of Ryan Dunn. You can certainly hear a lot of influence from the likes of Cockney Rejects, Joy Division, The Stone Roses, The Smiths, Sex Pistols, The Clash.

It's impossible to pick one stand out track, as all 4 have the quality that could see it released as a single. Having said that, I do have favourite which is the superb George Smith. Follow this link to SoundCloud to hear all 4 tracks and formulate your own judgement. Personally, I think they're bloody awesome!!