Band Of The Week - Guns For Girls 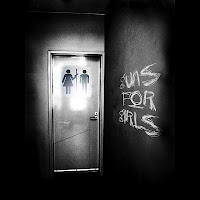 There is no greater buzz than that created by receiving an email from a band you've never heard of! What makes it even better, is when that band turn out to be AWESOME!!

Well, that was the feeling I had on Saturday, when I received an email from Gavin Herbert, singer and guitarist with Telford rockers Guns For Girls. With a sound resembling The Foo Fighters, but with a bit of funk thrown in, they've spent the 4 years they've been together, honing their skills and refining their sound. They've already released a couple of EP's and even been included on a compilation CD showcasing unsigned Shropshire talent.

They're most recent achievements have included slots on he famous 'Emma Scott Presents' events at Birminghams O2 Academy, and played on a Kerrang Radio charity gig last October.

With their energy going into gigging, it's no surprise that there are exciting times ahead. They record their first video for their new single, which will be released in the next few months.

There is an abundance of great rock talent in the West Midlands right now, and for some lucky promoters, there is the potential for some great live events ;)

Have a listen to The Death of Rock and Roll from Guns For Girls, and see what you think.