Ok, some of you may have seen the post on my personal Facebook page the other day about music reviews and the necessity to reviewers find to insult bands from a personal point of view, instead of constructively criticising the music, after all, lets face it, everyone needs some constructive criticism now and then. But when a reviewer uses their position to do nothing other than slaughter a band and where they come from, that's bullshit!
The reason I do reviews is twofold. Firstly it's my blog and I'll do what I like, lol. Just kidding, I review music because I bloody enjoy it, it's been a long time since I've done any form of writing, so to do something I enjoy about something I have a huge interest in, it's a big winner on my part. Secondly, it's to get some brilliant music out to an even wider audience. I'd like to think that I've had a little influence on encouraging people to listen music they wouldn't necessarily have listened to. I've never had any negative feedback about any of the reviews I've done, and I'd like to think that if I'd either upset or offended any of the bands I've reviewed, they'd tell me :) The purpose of reviewing is to cast my opinion on the music that is sent to me, not to bash the bands. Now some people might think it weird that, if you read my reviews, I always say how good everything is. Now, sure people could say I'm just being nice, but what would be the point in that? Why would I say something is great if it isn't? I've listened to some albums that haven't been my cup of tea, and I've said it, but that doesn't make them bad albums! Just because an album might not be to your taste, doesn't give you the right to slag it off!!
I will remain to be honest with the reviews I do. It would seem as though there are reviewers out there who don't believe in that philosophy, which is a big shame. 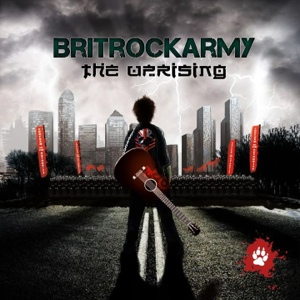