The Launch Event - What a Day!!

Sunday November 11th will go down in history, as the day the first BritRockArmy live event took place. The event was an all day affair, with the doors of The Roadhouse in Birmingham opening at 3pm. The first part of the event saw 4 acts play an acoustic set, whilst in the evening, we would have some great full bands rocking us until 11 o'clock that night.

The acoustic set kicked off at 3:30pm with Tommy Graham, lead singer and guitarist of West Midlands Rock band The Blacklist Saints. He put on a fantastic performance, treating the crowd to all 4 tracks from the Saints EP, but also threw in some new songs too!! It was great to see another side to the rock riffs of the Saints normal sound.


Little did I know that we would be seeing quite a bit more of Tommy later that evening. The second act to play in the acoustic lounge were 2 members of Welsh band SoundStorm. They took the lounge, literally by storm, with a fantastic set of acoustic songs, with vocalist Jon really showing what an awesome voice he has. Next up were 2 members of Liverpool based Mod/indie band The Universal. Singer/songwriter Terry Shaughnessy and guitarist Piet Koehorst delighted the crowd with songs such as Shine On, Volcano, and a cover of The Beatles' Eleanor Rigby. They put on a fantastic set, and if half the crowd hadn't already been standing, they'd have received a standing ovation, I'm sure.


The final act of the acoustic session was Birmingham/Wales split duo King and Queen of Sorry. Their set included favourites such as Traffic Lights, One More Time, and 33 to 45. Throughout their set, Kathryn showed what an acomplished singer she is and Rhod equally acomplished on guitar. They finished their half hour set with Queen of Sorry.


Once the acoustic acts had done their bit, and they all did it fantastically!! It was time for the full band rock night to begin. Now, unbeknownst to a lot of people, there had been a bit of frantic substitutions going on whilst the acoustic acts were playing. Early on, I'd received an email from Zodiac N Black saying that due to their bassist having an accident, they were not going to be able to make the journey up from London. My heart first sank and then began racing as I frantically rushed around wondering what on Earth to do, this was, after all, the first event I had ever organised. Talk about a baptism of fire. While I was outside getting some air, Ian from Blacklist Saints, who had been there helping Tommy out during his acoustic set, was also outside. I jokingly asked how long would it take to get the rest of 'The Saints' there? Well, that was the catalyst for a string of texts, phonecalls, arrangements,and mercy missions from Blacklist WAGS.

Anyway, I'll carry that little story on in a while, lol. Kicking off the full band night, Collider performed some awesome tracks including Tree House, Snakes With Wings, and Dinosaurs. Now, these guys really proved what the launch event was all about. Showcasing the sort of music people may not normally listen to, and may not be to everyone's taste, but Bill and the guys were amazing, making full use of their little electronic box of tricks, a really great 30 minute set. They were followed on stage by local band Looca, who bought some really great support with them. Iain and the guys put on a dazzling show, that was so popular that they were persuaded to play an extra song. There was a switch in the running order next as Guns For Girls bassist had been stuck on the motorway, so they switched places with the awesome Crooked Dawn, a band who are featured on the BritRockArmy album 'The Uprising'. They performed the featured track, Poor you, as well as a mix of old and new songs, and as with the 2 bands before them, put together a great set. Guns For Girls, who have been featured on the blog before, were up next, complete with now arrived bassist. They had a crowd rocking to tracks including Vinegar Strokes and The Death of Rock and Roll, impressing everyone including members of some of the other bands.

OK, so next up should've been Zodiac N Black, but unfortunately the guys couldn't make the trip up from London, so their place was taken by the most quickly assembled, rushed to get there, none rehearsed or soundchecked Blacklist Saints!! Proving that they actually are Saints, the guys put on a great set, including some fantastic new songs and all the songs from their self titled EP. They finshed with Last Way Out, and by the time the last chord had been strummed, it was surprising Tommy could even talk. Don't forget, he'd alreadfy performed 6 hours earlier and dazzled the first people there, with his acoustic skills.


It was now time for the headline act. A band that I think some people were surprised to be headlining. Sister Shotgun hit the stage, Chloe in her trademark corset, and Martin sporting a cast on his guitar playing arm. The guys put on a truly great perfomance, proving why I decided to give them the headline spot, which incidentally was their first headline spot. With existing track Dirty Mind, and a mixture of covers and some amazing new tracks from their soon to be released debut EP, they had the crowd rocking from start to finish of their, sadly, shortened set. Again, as with Looca, they were persuaded to perform one extra song, which was greatly received by the fans.

It was an awesome day, with a bit of everything. Drama behind the scenes, great music, great bands, team work, and a great spirit between all the bands, all of whom stayed to watch everyone else once they'd played their part. I cannot say a big enough thanks to all the bands involved. But a special mention must go to the Blacklist Saints guys. For showing what this is all about, enthusiastic bands wanting to get their music out to the people. THANK YOU ALL SO MUCH!!

All the pictures below are used courtesy of LoveRockPictures and Alec King. 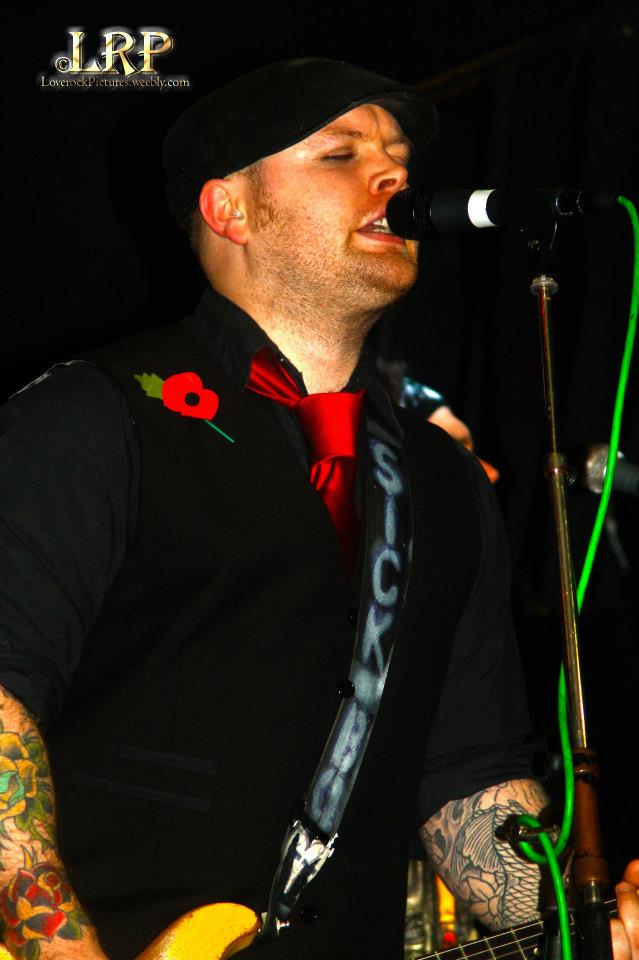 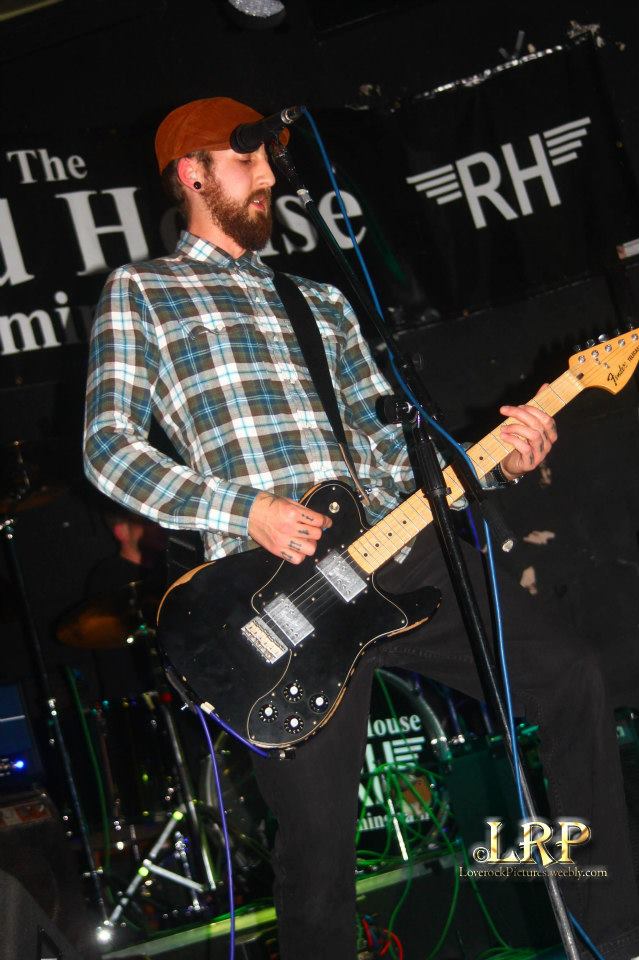 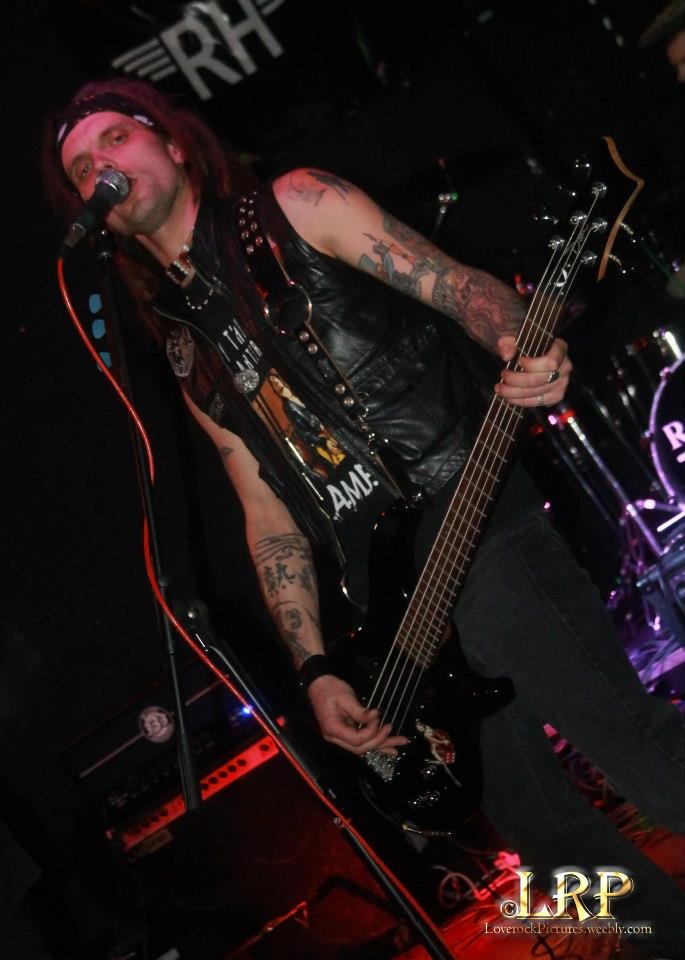 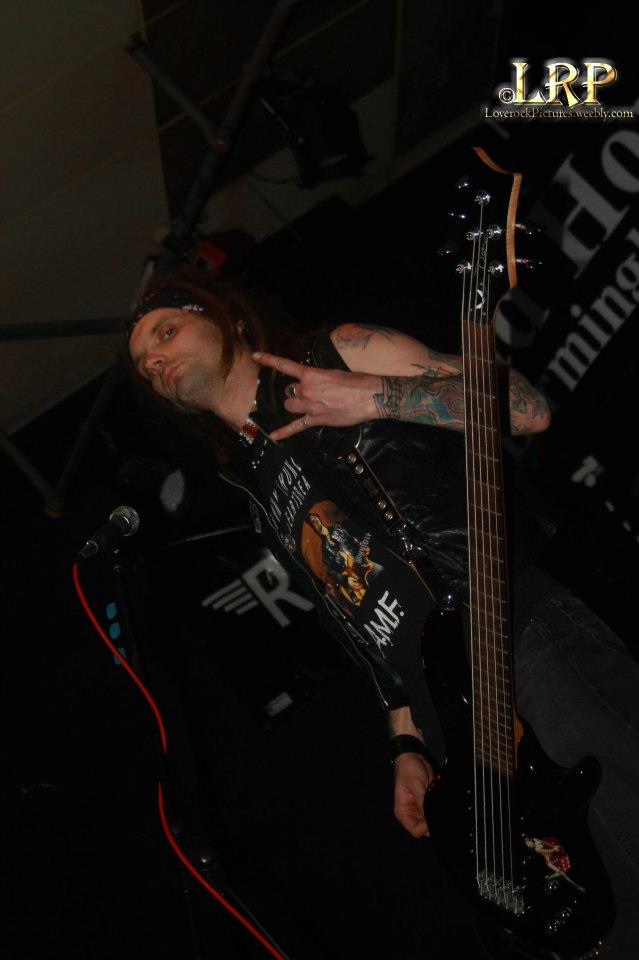 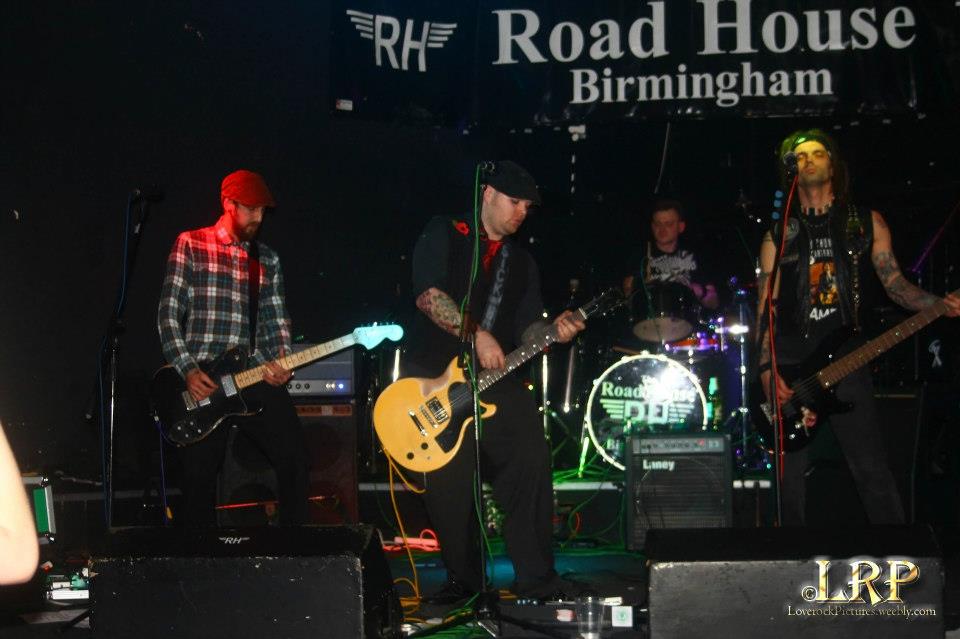 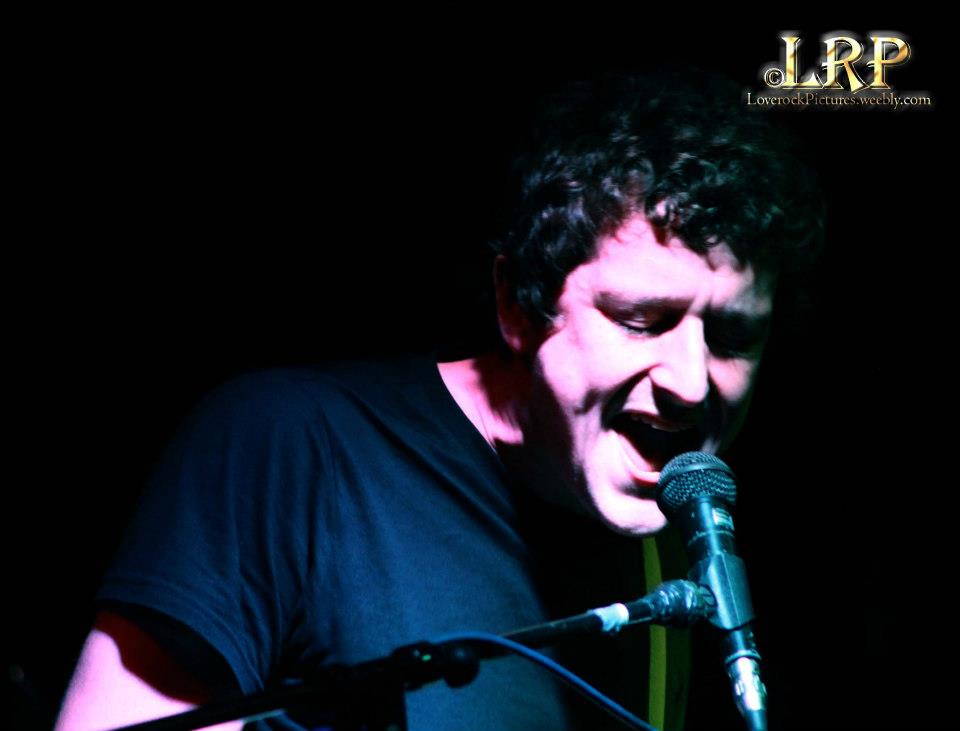 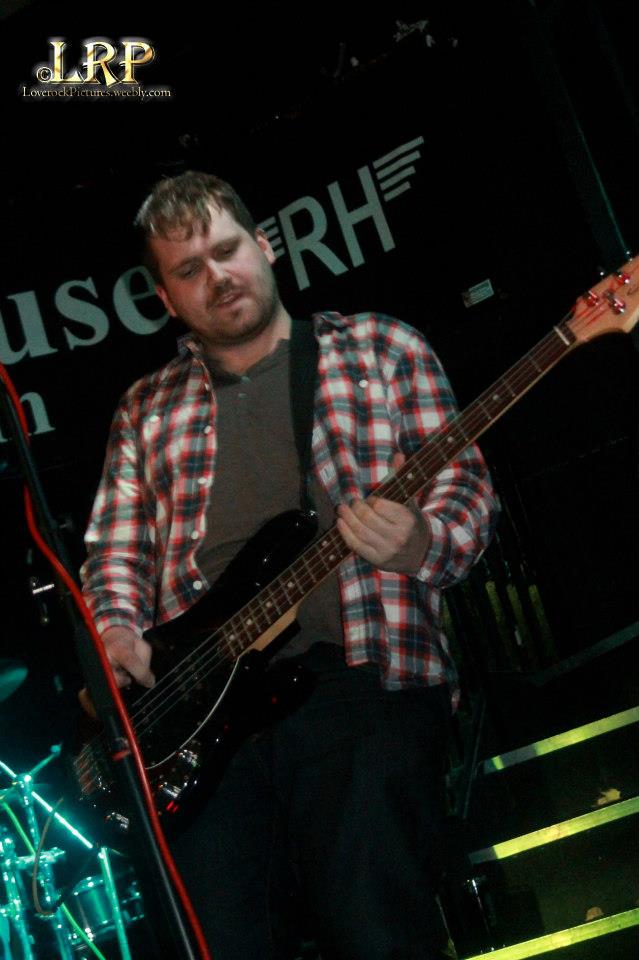 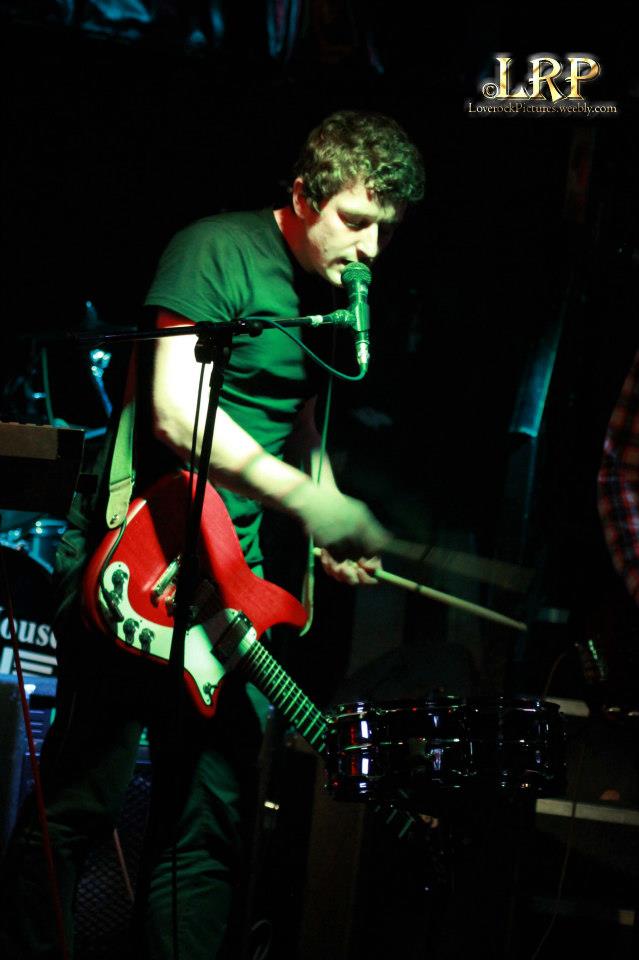 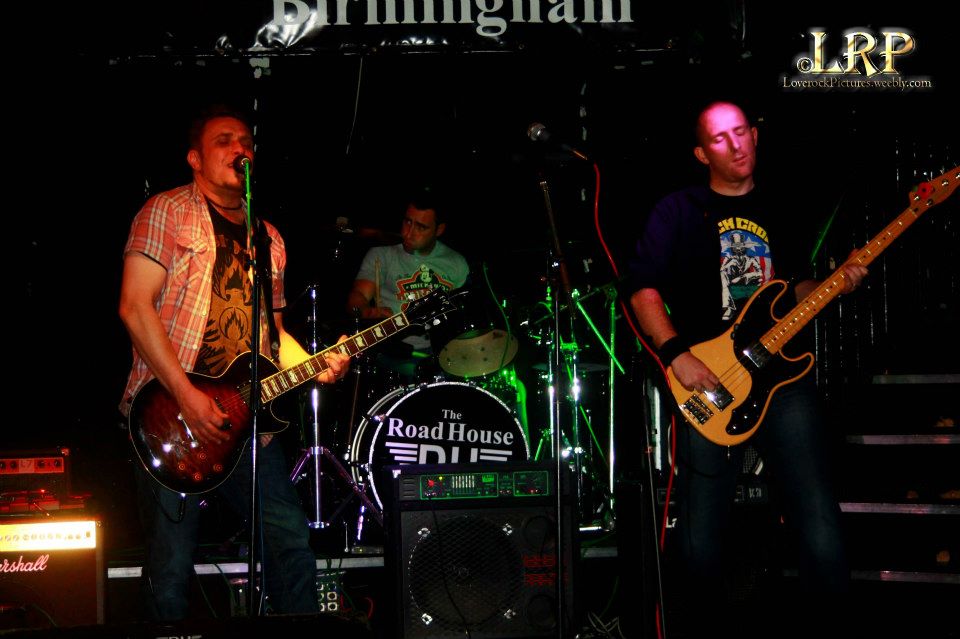 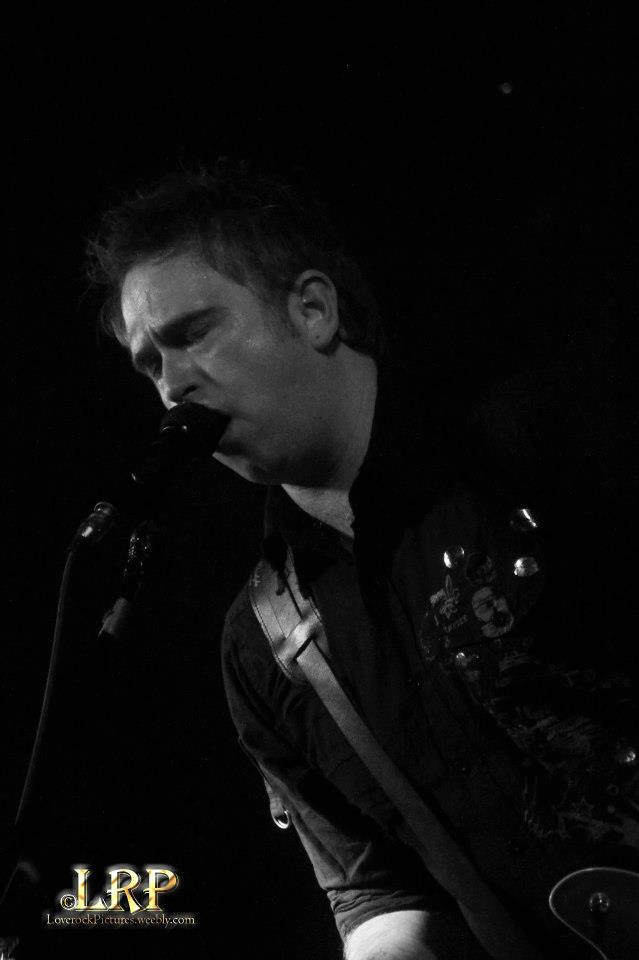 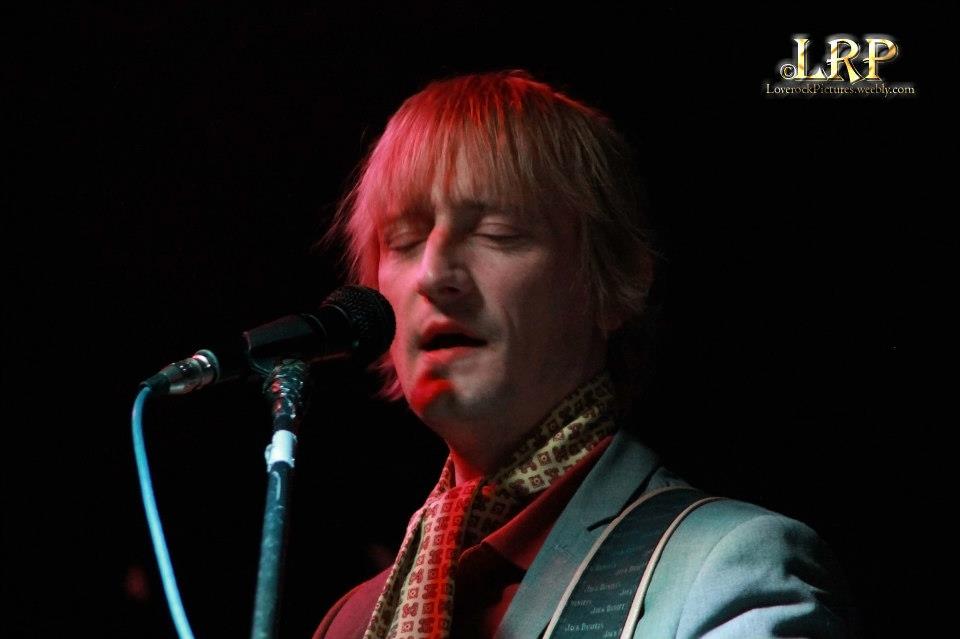 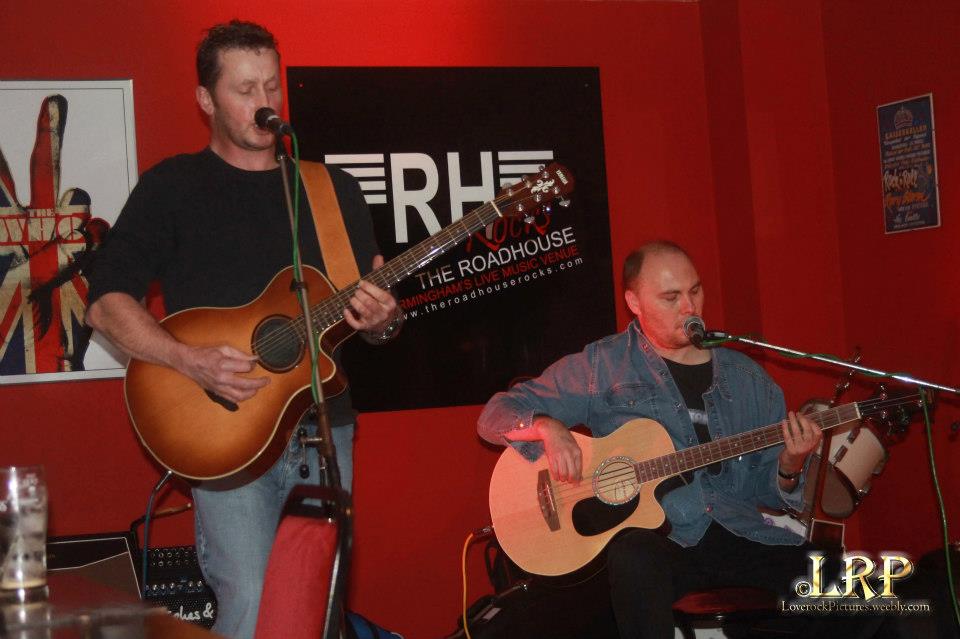 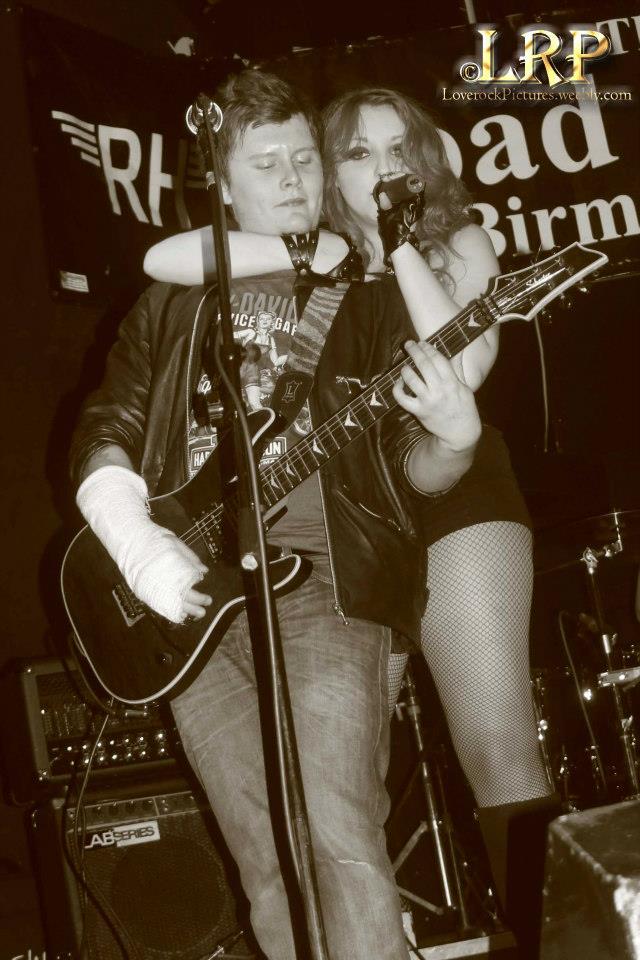 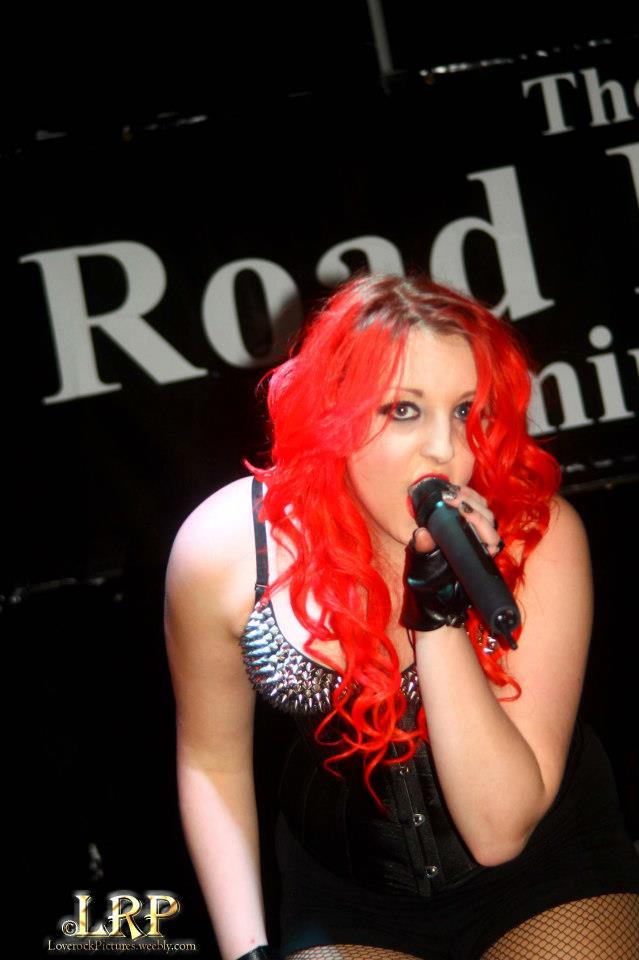 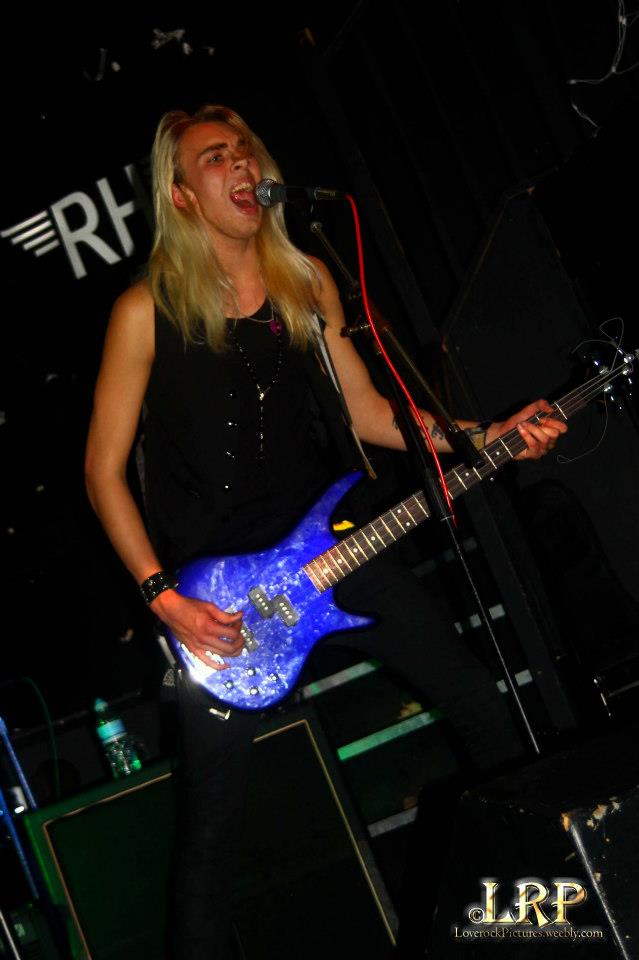 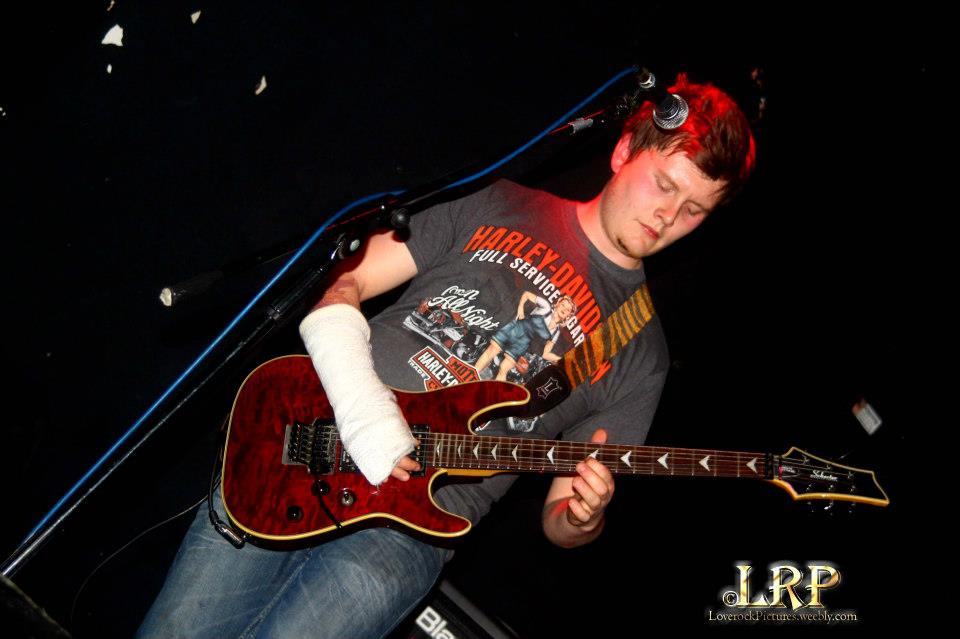 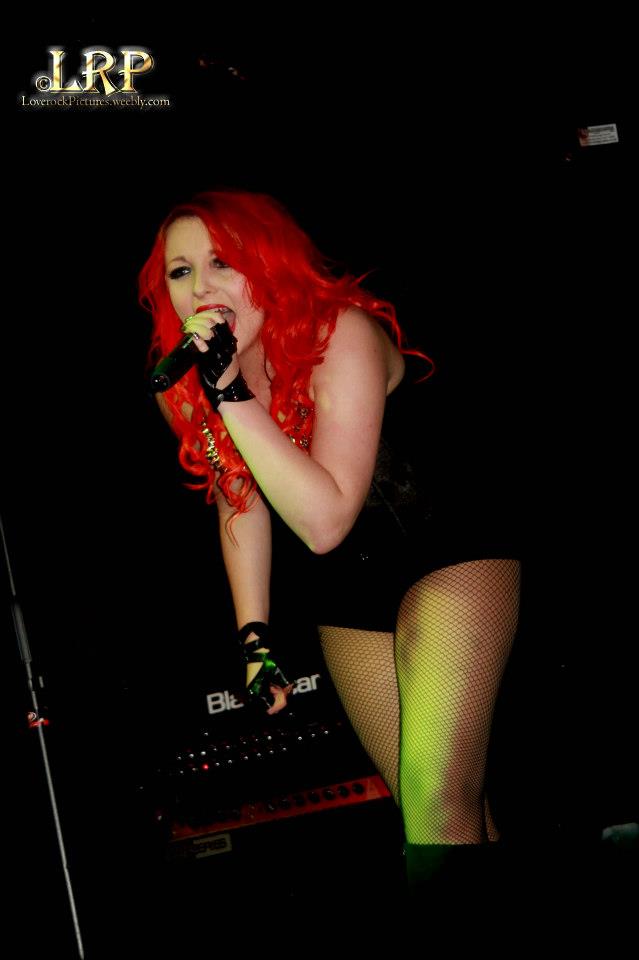 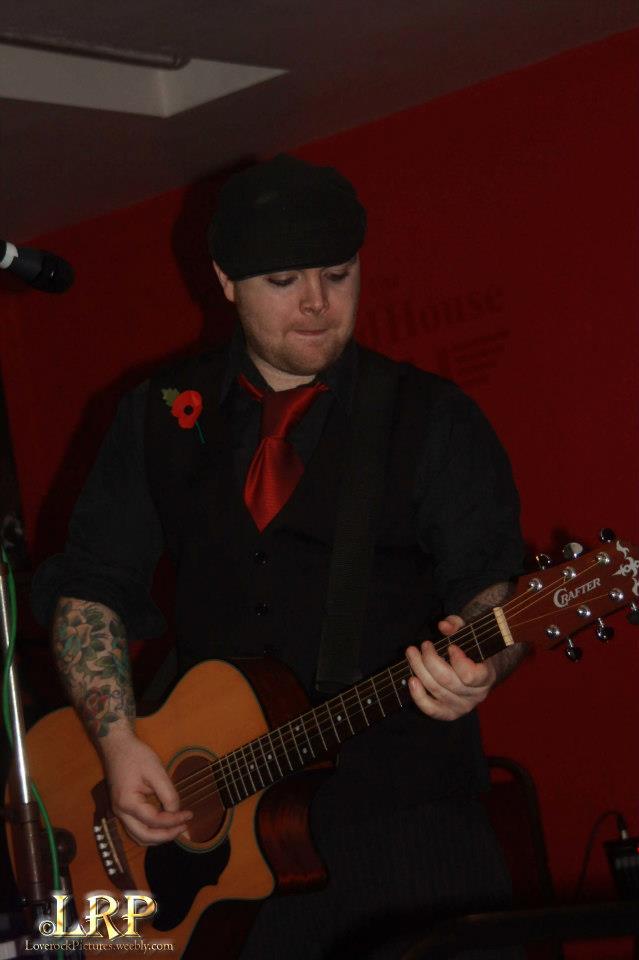 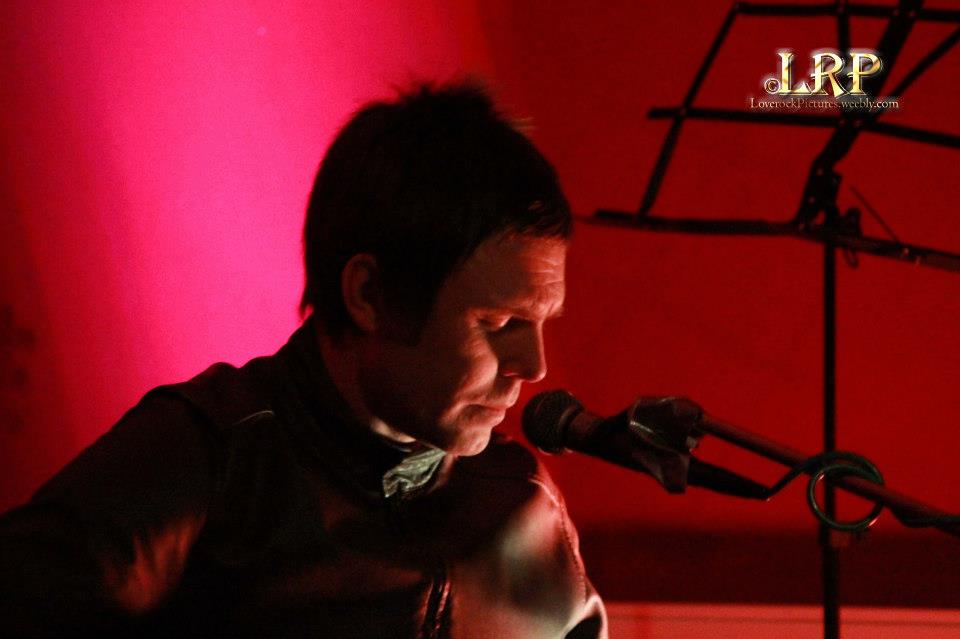