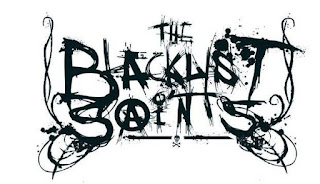 The only thing that disappoints me with this release from West Midlands rockers The Blacklist Saints, is the fact it's taken me so bloody long to actually download it!!

I've listened to 'World for Company' on numerous occasions, and have intended downloading the EP on the strength of the one track. But I only got round to getting it last night. It's four fantastic tracks!! Full of guitars, solo's, catchy, almost anthemic singalong choruses and kickass vocals.


World for Company is reminiscent of Foo Fighters, with a bit of Biffy thrown in for good measure. It's a great song with the sort of chorus you can imagine standing in a packed venue, shouting along to in the middle of a sold out gig. Only When Angles Lie, slows the pace down, but retains the driving guitar and bass from Luke Boucher and Ian Savage, pounding drums from Matt Harper and powerful vocals and second guitar from Tommy Crisis. Reckless Choice is another driving guitar laden stormer of a track, with a heavy mix of great double guitar work and dark moody lyrics. The final track Last Way Out, is pure rock n roll escapism, reverting back to thundering drums, dirty, heavy guitars and more singalong choruses.

The boys from Coventry, have really set their stal out with this debut EP, which is already available for download, but is launched on Ltd Edition Tour CD in November. they continue to thrill fans with their live shows and have an almost endless string of dates between now and tthe end of 2012. This includes an appearance by Tommy at the BritRockArmy launch party, playing an acoustic set with just his guitar.

I sense a big future for these guys, and if the EP is anything to go by, I dare you to prove me wrong!!