Band of the Week - rumHoney

This is the first of a new feature, called Band of the Week! Can you guess what its about? That's right!! It's all about, in MY opinion, the best unsigned band of the week, and it is only my opinion. If you agree, great! If not, please don't hold it against me.

The bands that will feature here, are those, I feel, deserve the accolade! It doesn't mean anything other than I like 'em loads!! 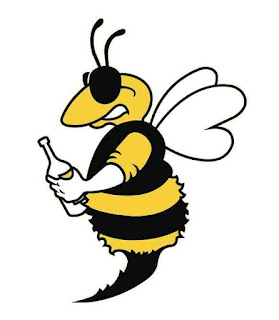 Formed in 2001 by vocalist Sky Wood and guitarist Jaime Blake, it wasn't until the release of the 2nd album, East to West, in February of this year, that things really took off for the bluesy-rockers from London. Although, there were European tours and the recording of a mysterious first album in between, lol.

The guys were first bought to my attention in May 2012 and I have to say, it took me a couple of listens to appreciate to how polished a piece of work East to West is. (Just MY opinion)

I had the privilege of witnessing their set at the 100 Club on Saturday August 11th 2012 and was totally blown away by their performance. Jaime was fantastic on the guitar, the whole band were superb, but for me it was Sky who stole the show! As mentioned in my gig review, he commanded the stage like a seasoned pro and had the crowd right where he wanted them. I was fortunate enough to get the chance to have a word with him after the bands set, and he couldn't have been more pleased that I enjoyed it.

If you don't own a copy of East to West, I suggest you get a copy. If you get the chance to see these guys live, I suggest you grasp it firmly with both hands. The ROCK!!

You can follow rumHoney on Twitter here @rumHoney
They are also on Facebook here http://www.facebook.com/rumhoney
You can get your hands on East to West and other cool rumHoney merchandise here http://rumhoney.bigcartel.com/