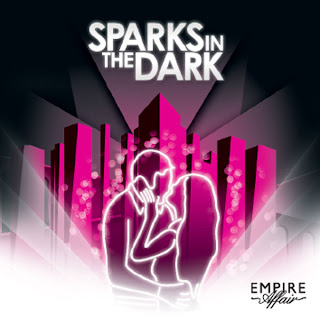 Now, this is gonna blow your socks off!!

These guys are GOOD!! This is Empire Affair's 2nd EP. Their first, 'Red Light' was released in July 2011, and received to very positive reviews. None to surprising when you have a listen. This young band, have a talent that way exceeds their years. Vocalist, Neil Tallant (very apt surname, lol), look like Alex Kapranos (frontman of Franz Ferdinand) and has a voice of great maturity, and enough energy and enthusiasm to power a street for a month. The twin guitars of Matt Park, and Jack Woolston are used to great effect, with Tom Parrett on bass and Darren Sheppard on drums playing with equal aplomb. The 4 tracks on this new release are all absolute stormers, from the opening Can't Get Through, to the anthemic chorus of the penultimate One Night In Munich. Tornadoes and Sunrise, are also single worthy.

If you onnly listen to one piece of my musical advice, listen to, download, do whatever you have to to treat your ears  to the potential stadium filling sound of Empire Affair.